Anne Heche was reportedly involved in a car crash in Los Angeles on Friday. The actress was taken to the hospital after reportedly suffering from severe burns. 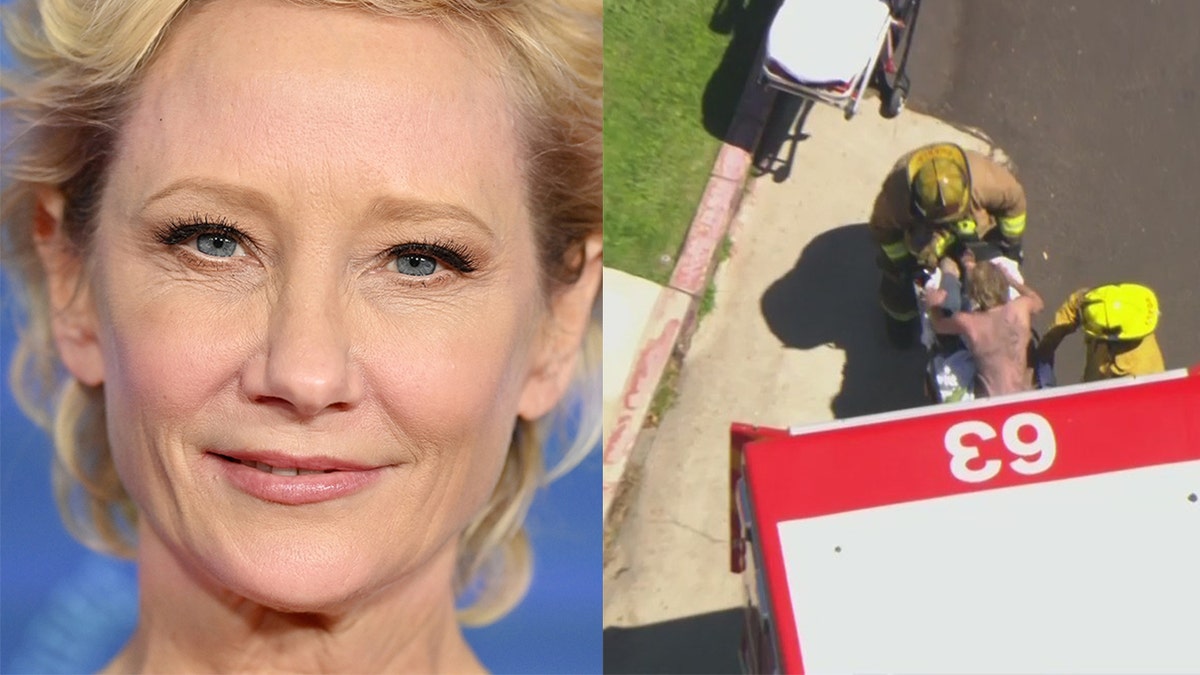 Anne Heche crashed into a Mar Vista, California home, igniting a fire, and was taken to a local area hospital on Friday, according to multiple reports.

Heche, 53, was driving a blue Mini Cooper when she first crashed into a garage of an apartment complex in Los Angeles. Witnesses on the scene told TMZ they tried to help the actress out of her car before she fled the scene.

Shortly after her first crash, Heche then crashed into a nearby home in Mar Vista and ignited a fire, according to FOX 11. The fire reportedly engulfed the house and Heche was taken to a Los Angeles hospital via an ambulance.

FOX 11 reported the star was taken away in critical condition. According to TMZ, the "Six Days Seven Nights" star is currently incubated at the hospital but expected to survive.

The doctors shared with TMZ that due to her state, they are unable to run tests to determine if she was under the influence while operating her vehicle.

No other injuries were reported and the cause of the crash is under investigation, according to FOX 11.

A rep for Heche did not immediately respond to Fox News Digital's request for comment.

The actress’ most recent film was the action "13 Minutes" where she starred alongside Thora Birch, Amy Smart and Will Peltz. She recently showed support for her "friend" Alec Baldwin after the public criticized the star after his "Rust" tell-all interview.

"My friend, no matter what happens in our lives that we can't control. I am with you," Heche wrote on Baldwin’s Instagram post. "Mostly because I know the kindness of your soul."

Heche went through a public divorce in January 2018 from her ex-husband James Tupper. The couple spent 10 years together and share a son, Atlas, 13.

The "Volcano" actress was romantically linked to Ellen DeGeneres from 1997 to 2000. She brought the talk show host to the premiere of "Volcano" in 1997 which resulted in being "blacklisted" from Hollywood.

"I didn’t do a studio picture for 10 years," she said in an interview with Page Six. "I was fired from a $10 million picture deal and did not see the light of day in a studio picture."

Heche went on to receive an Emmy-nomination for her role as Rowena Larson in "Gracie’s Choice" in 2004.

LETTER: Still crazy after all these years

Here Are The Republicans Most Likely To Refuse The Covid-19 Vaccine, Poll...