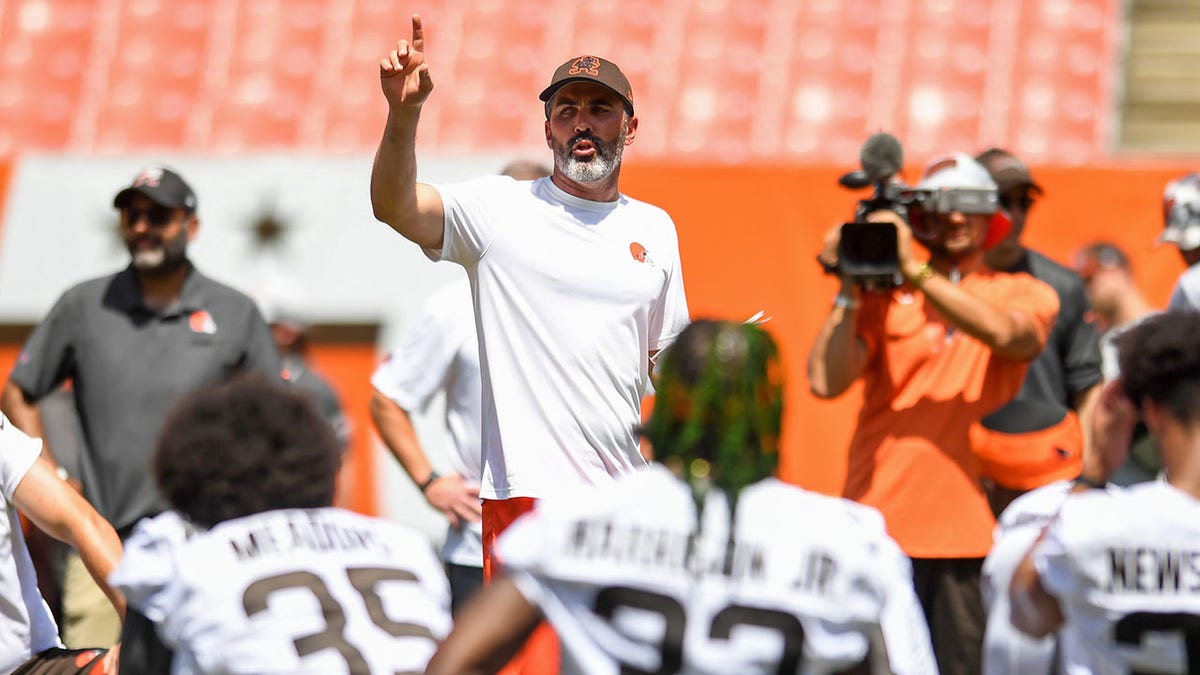 Cleveland Browns quarterback Deshaun Watson was suspended for the first six games of the 2022 regular season on Monday, but his case is far from over.

On Wednesday, the NFL announced that it is appealing the decision of independent disciplinary officer Sue L. Robinson, meaning that there’s a chance Watson’s suspension could either be lengthened or shortened.

The league is reportedly seeking a yearlong suspension, while a potential lawsuit challenging the appeal raises the possibility of Watson being on the field sooner.

Browns head coach Kevin Stefanski told reporters that he’s preparing for anything, getting his quarterbacks ready for different scenarios.

"We’ll let that play out, but we’ve got to get Deshaun ready to play,’’ Stefanski said before Day 8 of Browns training camp, according to Cleveland.com. "He hasn’t played football in a year. We’ve got to get Jacoby (Brissett) ready to play. He’s potentially going to be playing early for us and starting, and we’re going to be counting on him.

"Same thing for (Josh) Dobbs and (Josh) Rosen. Those guys have to be ready to play. So I just look at it as we’re going to use every opportunity we have out here, individual drill, post-practice, during practice — we’ve got to get all these guys ready to play.’’

Brissett, who is the presumed week one starter, has started in 37 games over six years with three different organizations.

"Since I've been in this league, it's been the next man up," Brissett said Tuesday, according to NFL.com. "That was the case my rookie year, so that experience helps with not only the playing but with the mindset of understanding that you've got to be ready whenever your number is called."

"It feels good that you have that trust amongst the organization. I'm excited for the opportunity," he added.

The Browns are set to open their preseason schedule against the Jacksonville Jaguars on Aug. 12, and Stefanski said there is a chance that fans will get to see Watson on the field.

"These preseason games will be an opportunity to play when it’s a game setting and the defense can come after you and you’re truly in a game,’’ he said. "I think that that’ll really be more when you get closer to getting reps, than say at practice.’’

Report: Taliban Leaders Hold Meeting on 'How to Respond' to Al-Zawahiri...

Pollak: L.A. Times' 8 'Bombshells' from Hutchinson Testimony Are All Duds

Cheney: 'No Question' Another Attack Like Jan. 6 Or Worse, Can Occur Due...