Buffalo Bills edge rusher Von Miller left Thursday's game against the Detroit Lions with a knee injury, and was carted into the locker room. 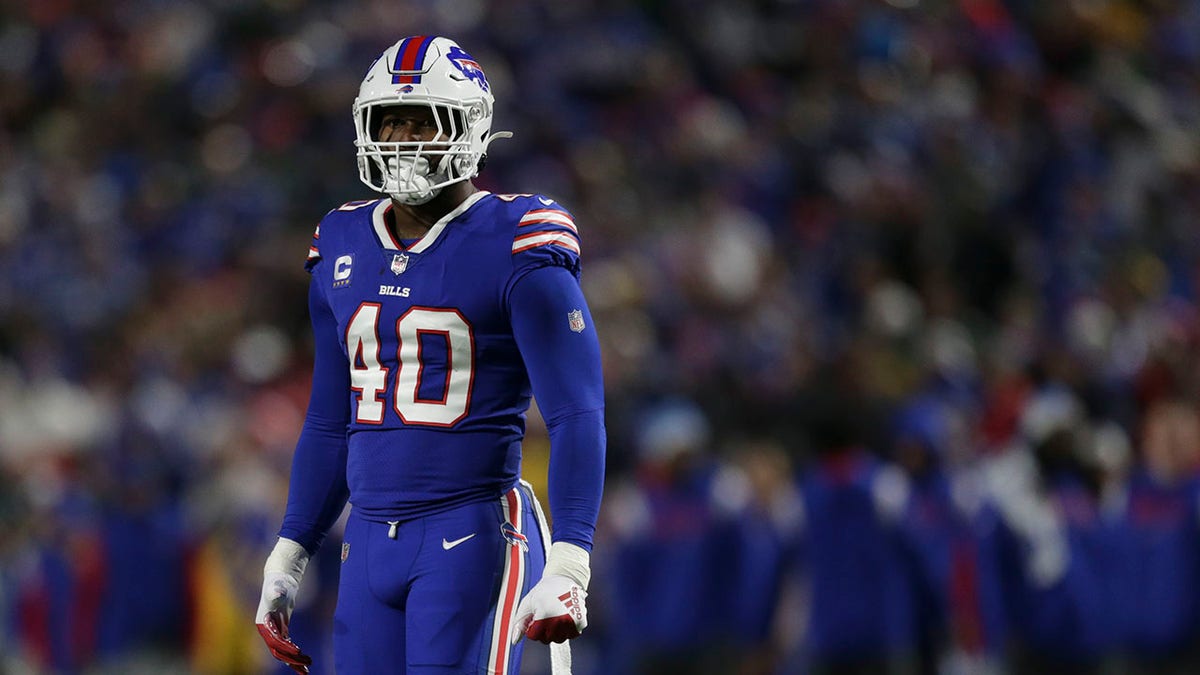 It wasn’t a great Thanksgiving afternoon for one of the best pass rushers in the game.

The Buffalo Bills’ Von Miller was carted into the locker room on Thursday and soon ruled out for the game with a knee injury.

Miller suffered the injury in the second quarter against the Detroit Lions. He was able to walk off the field under his own power before taking a cart from the Bills’ sideline to their locker room.

NFL Network reports the initial diagnosis is simply just a sprain, but a more serious injury isn't ruled out - an MRI is scheduled for tomorrow.

Ford Field is one of six stadiums to use slit film turf, which the NFLPA recently called on the league to ban the surface, saying both parties have acknowledged that injuries are more likely.

Miller made his way to Buffalo this offseason when he signed a six-year deal with the team. He had previously won Super Bowl LVI with the Los Angeles Rams after he was traded from Denver Broncos in the middle of last season.

TRAVIS AND JASON KELCE SOUND OFF ON TURF FIELDS: 'TAKE CARE OF YOUR PLAYERS, MAN'

Miller’s deal is worth up to $120 million, and over $51 million of it is guaranteed.

He was drafted by Denver in 2011 and spent most of his 10 seasons in the Rockies.

The edge rusher turned 33 before this season, but Father Time has been on his side - he recorded eight sacks entering the Thanksgiving Day game over 10 games played.

Miller missed the entire 2020 season with an ankle injury, but has largely been able to stay healthy throughout his career. He missed just one game from the start of 2014 through the 2019 season.

Buffalo saw the return of cornerback Tre’Davious White on Thursday, as he returned from a torn ACL.