by R. Mitchell - At least 12 members of the United States military were killed Thursday by a set of suicide bombings in Kabul, Afghanistan according to a confirmed report. UPDATE: 12 U.S. service members were killed in action in the suicide attack — 11 Marines and a Navy medic, U.S. officials tell Fox … Confirmed: At Least 12 U.S. Service Members Killed in Kabul Suicide Bombing- Report is posted on Conservative Daily News - Where Americans go for news, current events and commentary they can trust - Conservative News Website for U.S. News, Political Cartoons and more. 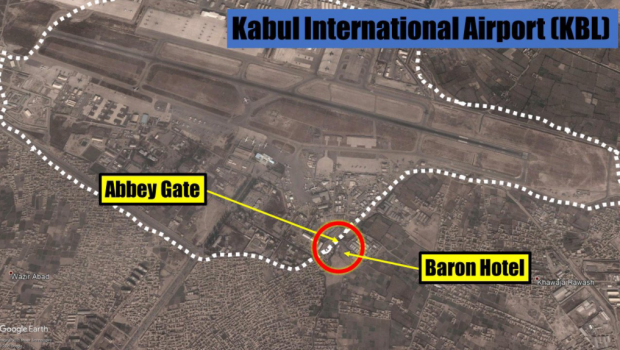 At least 12 members of the United States military were killed Thursday by a set of suicide bombings in Kabul, Afghanistan according to a confirmed report.

Heinrich’s post came about 2 hours after the Wall Street Journal reported that it had confirmed 4 Marines killed in the incident.

The U.S. ambassador in Kabul has told staff there that four U.S. Marines were killed in an explosion at the city’s airport and three wounded, a U.S. official with knowledge of the briefing said. Two explosions ripped through crowds of Afghans trying to enter the airport on Thursday.

The confirmation comes hours after initial reporting had publicized the military losses.

The Marines and Navy Corpsman are the first U.S. combat deaths in Afghanistan in more than a year. The suspension in hostilities was due to an agreement between the Trump administration and the Taliban.

Initially, Pentagon Press Secretary John Kirby would only confirm that there were U.S. and civilian casualties, but later issued a statement confirming “a number” of deaths and injuries.

Other, unconfirmed, reports had put the U.S. casualty total at 3 with an additional 13 civilians injured or killed. Some officials only told the media about the 3 injured service members.

The pair of explosions detonated just outside of the airport the Biden administration has been using as an evacuation point and outside a nearby hotel used by Americans to await their turn to evacuate.

A just released video conflicts with the reports of 13 civilian casualties. WARNING: GRAPHIC:

It is also being reported that hundreds of “ISIS-K” militants are in the area.

The situation in Afghanistan has deteriorated rapidly since President Biden scrapped the Trump plan and made his own. The Taliban is now better equipped than 84 nations, American citizens are trapped in the country, and now at least twelve U.S. service members have died.

This is a developing story and will be updated.

Content created by Conservative Daily News and some content syndicated through CDN is available for re-publication without charge under the Creative Commons license. Visit our syndication page for details and requirements.

Olympian Gwen Berry: National Anthem Is 'Disrespectful and It Doesn't...