Senate Democrats plan to push ahead with their reconciliation bill after what they said were key favorable rulings from the parliamentarian on Saturday. 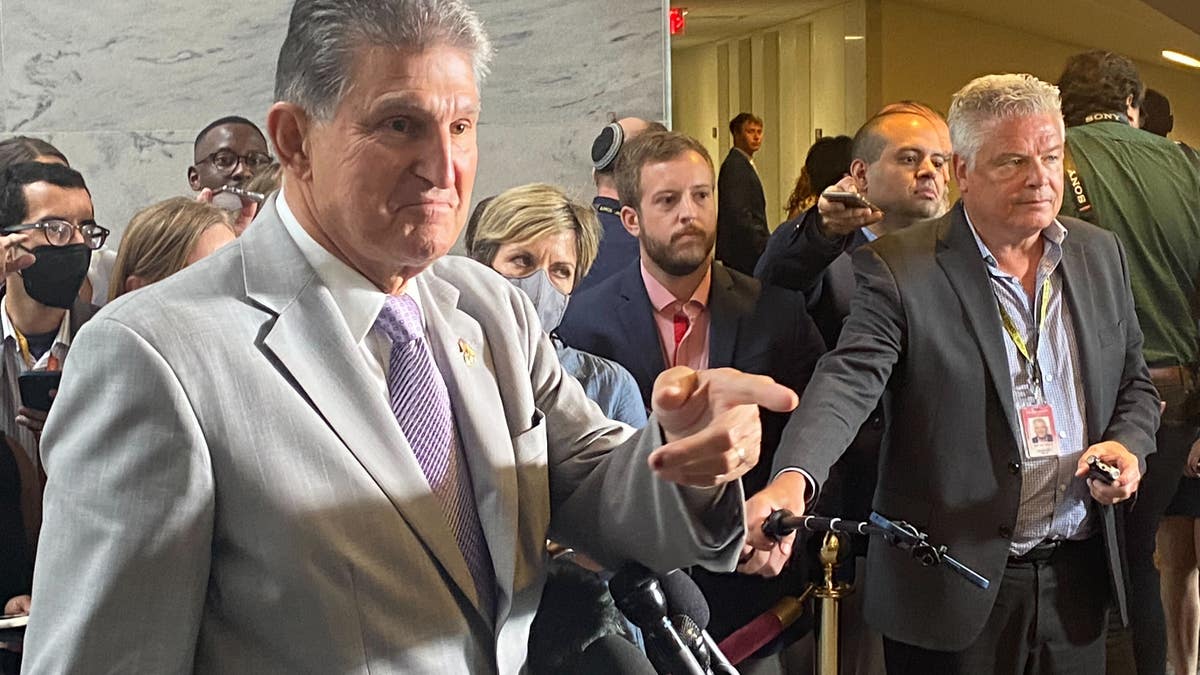 Senate Democrats say Senate Parliamentarian Elizabeth MacDonough approved key elements of their social spending and taxation bill just hours ahead of a key vote to start debate on the measure.

The parliamentarian also said one element of the legislation, a Medicare inflation rebate, does not conform with Senate rules, according to Democrats. But Senate Majority Leader Chuck Schumer, D-N.Y., indicated that won't stop Democrats from pushing ahead with votes this weekend.

"Democrats have received extremely good news: For the first time, Medicare will finally be allowed to negotiate prescription drug prices, seniors will have free vaccines and their costs capped and much more. This is a major victory for the American people," Schumer said Saturday.

"While there was one unfortunate ruling in that the inflation rebate is more limited in scope, the overall program remains intact, and we are one step closer to finally taking on Big Pharma and lowering Rx drug prices for millions of Americans."

"Senate Democrats wrote our reconciliation language to comply with Senate rules, and the parliamentarian has largely agreed, especially on groundbreaking Medicare negotiation and cost protections for seniors," "Wyden said.

"I am disappointed that the calculation for the Medicare inflation rebate that included commercial units sold was ruled out of compliance, but the legislation nevertheless puts a substantial check on Big Pharma’s ability to price gouge. I look forward to moving ahead on this critical legislation to lower drug prices for seniors and taxpayers."

Wyden claimed one other win on clean energy taxes. His staff said in the early hours of Saturday morning that MacDonough approved that part of the bill.

Schumer and Sen. Joe Manchin, D-W.Va., last week announced an agreement on the social spending and tax bill after more than a year of intra-party negotiations. First called "Build Back Better" and initially projected to cost $3 trillion, the latest Manchin-Schumer version is significantly scaled back and called the "Inflation Reduction Act."

Democrats are trying to advance the bill using a process called budget reconciliation, which allows them to sidestep the Senate filibuster. But, under that process, they are supposed to conform the legislation to what's called the Byrd Rule.

MacDonough is responsible for helping the Senate enforce the Byrd Rule. Over the last several days, she's reviewed the text of the bill and heard arguments from Republicans and Democrats about which elements of the bill comport with it and which don't.

Generally, the Byrd Rule requires that provisions in reconciliation bills be fiscal in nature, meaning they relate to taxing and spending and that they are budget neutral over a 10-year period.

Meetings between MacDonough and Senate staffers were ongoing for much of this week, as Republicans said they attempted to raise Byrd Rule objections to much of the bill.

It's unclear whether there are any other elements of the legislation that do not comply with the Byrd Rule.

Technically, McDonough does not have the power to excise parts of reconciliation legislation on her own. She simply advises the Senate on what does and does not comply with its rules and precedents, and senators could overrule her if they chose. But top Senate Democrats have given no indication they plan to buck McDonough on this bill.

After a vote on a motion to start debate Saturday, which is expected to get all 50 Senate Democrats' votes, the chamber is expected to enter a grueling "vote-a-rama" sometime late Saturday or early Sunday. That process will conclude with a vote on final passage of the bill, which will send it over to the House of Representatives if all Democrats remain united.

Virginia voters on why they switched parties to back Glenn Youngkin: 'Democrats...