Twitter CEO Elon Musk posted a photo of a new t-shirt on his account Wednesday afternoon that seems to troll his critics and others that spoke out against his work policy changes. 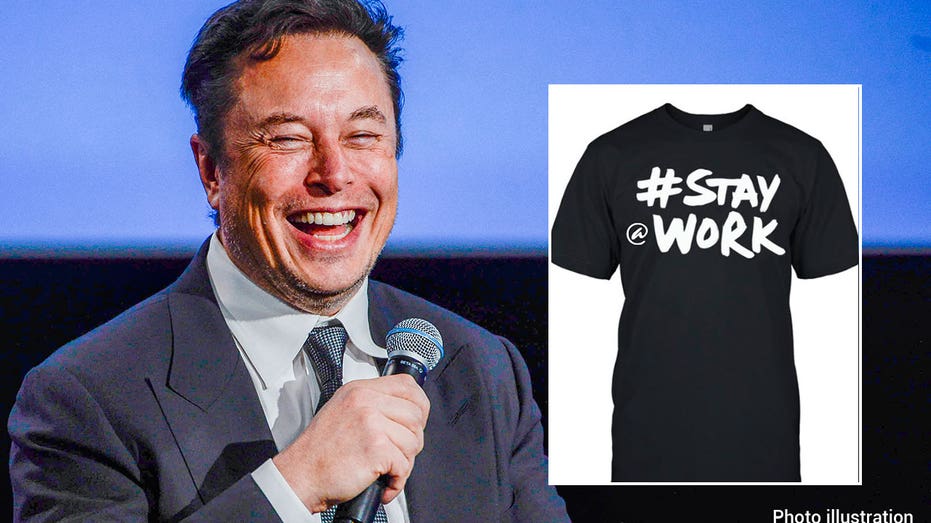 Elon Musk took to Twitter on Wednesday to troll critics and former employees of his company in a new Twitter merchandise reveal.

The day after Musk found and revealed a closet full of "stay woke" t-shirts at Twitter headquarters — a catchphrase often used by those on the ideological Left — the new Twitter boss retconned the design and reveal a new "Stay at work" shirt.

The new design, which could be just a meme, is a reference to Musk’s changing or work policy at Twitter. After he took over the platform, Musk ended remote work for employees, a convenience that was made widely available under the coronavirus pandemic.

In a mass email on Nov. 9, Musk said there was "no way to sugarcoat the message" and that employees should expect changes concerning office policy.

The email allegedly said Musk will discontinue remote work and will be requiring employees to be in the office for at least 40 hours per week. Any exceptions would need his personal approval, Bloomberg reported.

He echoed these requirements in an all-hands meeting with Twitter employees, Platformer Managing Editor Zoe Schiffer reported in a tweet.

"If you can physically make it to an office and you don’t show up, resignation accepted," he said on Nov. 10.

The changes were implemented within two weeks of Musk completing his $44 billion acquisition of the company.

On Tuesday, Musk posted a video of him and another person finding an entire "secret closet" full of shirts that read: #StayWoke.

"Here we are at the [merchandise] thing and there’s an entire closet full of hashtag woke," Musk said. An unidentified person off-camera added: "A secret closet."

In the aftermath of the purchase, critics have vocalized concerns Musk's push to enable "free speech" on the platform would allow discrimination, insults, and fake news to flourish.

Musk has since highlighted that "hate speech impressions" are down by a third, an accolade he credited to the remaining Twitter employees.

Sidney Poitier: In his own words

CARTOON: Must of got lost