A fire at a strip mall in the Los Angeles area left 17 cats dead, a firefighter injured and multiple businesses destroyed. LAFD said crews battled the intense blaze for 73 minutes. 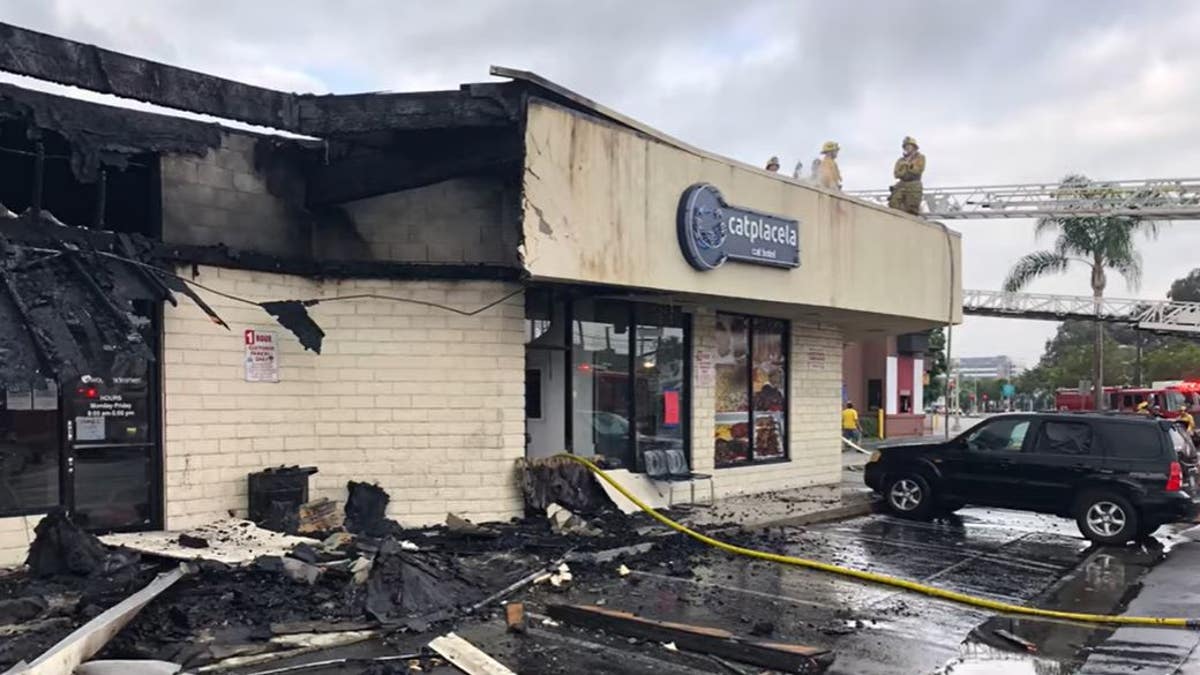 A massive fire at a strip mall in the Los Angeles area killed 17 cats and injured a firefighter Saturday morning.

The Los Angeles Fire Department responded to a structure fire in the 9000 block of West Venice Boulevard around 5:44 a.m. Saturday after a person passing through the area called 911 to report the flames.

When the first 124 members of the LAFD arrived at the address, they saw smoke coming from the central section of a one-story strip mall containing about a dozen businesses.

In what was described as an intense, 73-minute firefight, crews forced entry into and searched many of the businesses in the building, including feline boarding facility CatPlaceLA.

Firefighters brought 19 cats out of the charred business, but 17 of them were reportedly beyond medical help and died at the scene. The two remaining cats were transported to an emergency vet after crews were able to resuscitate them.

The department said one firefighter suffered "sudden medical illness" while battling the blaze and was taken to the hospital in fair condition for further evaluation.

There were no other injuries in the fire.

Though most of the building was filled with thick smoke due to a shared attic area, the bulk of direct fire damage was limited to five businesses: a nail salon, smoke shop, martial arts studio, staffing agency and CatPlaceLA.

LAFD said none of the involved businesses were equipped with operational fire sprinklers.

The cause of the fire remains under investigation.

Team ropers form a winning partnership from a chance meeting

Ranking the Raiders’ 5 worst losses of the Las Vegas era