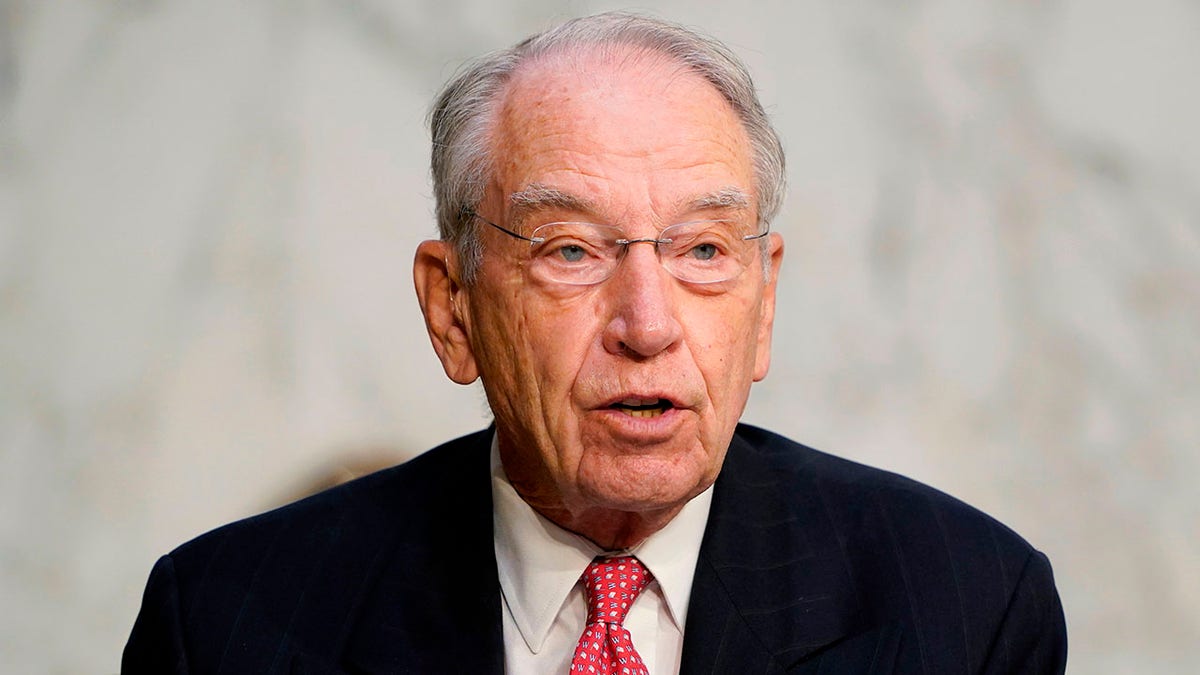 In an Aug. 17 letter to FBI Director Christopher Wray, the Iowa Republican demanded an accounting for alleged political bias influencing high-level investigations, particularly out of the FBI’s Washington, D.C. office.

"Starting on May 31, 2022, I’ve written three letters to you regarding political bias that has infected the FBI’s Washington Field Office," Grassley writes. "Two of those letters provided specific and credible allegations based on numerous whistleblowers that have approached my office with information that one can only conclude is indicative of a deeply rooted political infection that has spread to investigative activity into former President Trump and Hunter Biden."

Even after numerous public statements and letters from the senior GOP Senator, Grassley says the FBI has yet to refute these claims and says the agency's failure to address them is eroding public trust in the FBI.

In a July 18 letter to Wray and Attorney General Merrick Garland, Grassley said FBI whistleblowers allege a pattern of political bias from high-ranking officials, including Assistant Special Agent in Charge Timothy Thibault. According to Grassley, the whistleblowers say that DOJ and FBI employees must follow strict substantial factual predication guidelines in order to open an investigation, and that Thibault did not follow these guidelines.

Grassley stated that the investigation predication into Trump’s campaign regarding 2020 electors was based on news articles that relied on information from American Oversight, a "liberal" government watchdog. Grassley said the predication document presented to the attorney general and the FBI director for final sign-off for a full investigation included "selective assertions" and "either removed or watered-down material" connected to politically biased sourcing.

Grassley said the whistleblowers had indicated that Thibault and also Richard Pilger, who serves in the election crimes branch of DOJ's Public Integrity Section, were at the center of the ongoing investigation into Trump’s campaign. Grassley wrote that he has previously investigated Pilger for misconduct.

A former DOJ official tells Fox News that Senate Republicans are taking a hard look at "much-needed" structural changes to the FBI, and that Grassley's inquiry signals the first step in that process.

Grassley is seeking a comprehensive organizational breakdown of the Washington Field Office to see how it is staffed and who is responsible for the units and squads within the office.

"As you are aware, Assistant Special Agent in Charge Tim Thibault is not the only politically biased FBI agent at the Washington Field Office," Grassley writes. He added that "the FBI answers to Congress and the American people."

Grassley gave Wray a deadline of August 31 to respond.

The Justice Department did not respond to a request for comment. The FBI confirmed it had received the letter but had no additional comment.

Pinkerton: The Supreme Court Confirmed That the Constitution’s Solution...

Blackpink’s Lisa Joins Psy In A Major Chart Accomplishment In The U.K.