The Hollywood Reporter described actress Michelle Yeoh as the first woman who “identifies as Asian” to be nominated for Best Actress after the nominations were announced. 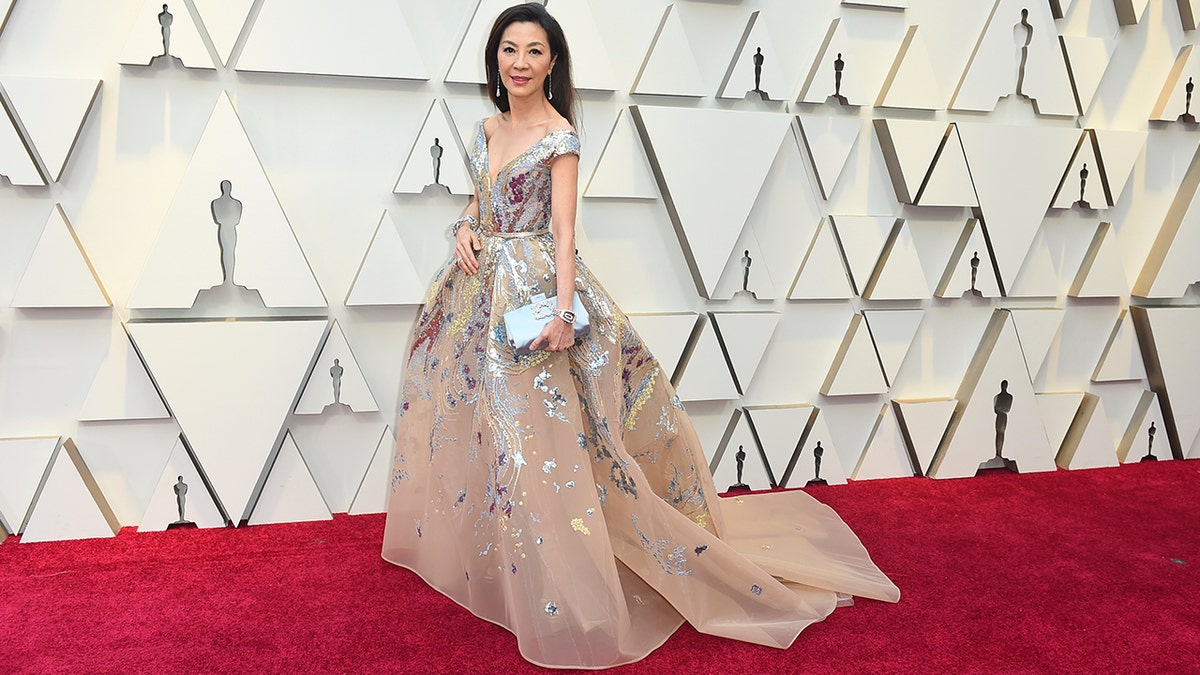 The Hollywood Reporter turned heads on social media Tuesday with their tweet celebrating Michelle Yeoh for being the first person who "identifies as Asian" to be nominated for Best Actress at the Academy Awards.

Nominations for the 95th Academy Awards were announced early Tuesday morning with Yeoh among the actors nominated for her performance in the 2022 film "Everything Everywhere All at Once." Many media sites celebrated Yeoh’s nomination as a milestone for diversity with the Hollywood Reporter’s description on Twitter being even more technical.

"Michelle Yeoh has made history as the first person who identifies as Asian to ever be nominated for best actress at the #Oscars," the tweet read.

This awkward wording was also present in the article covering Yeoh’s nomination.

2023 OSCAR NOMINATIONS: ‘ELVIS,’ ‘EVERYTHING EVERYWHERE ALL AT ONCE,’ ‘TOP GUN: MAVERICK’ LEAD THE PACK

"It took 59 years for Michelle Yeoh to land her first lead role in a Hollywood film. And it’s taken 95 years for the Academy of Motion Picture Arts and Sciences to recognize a woman who identifies as Asian in its best actress category," senior editor Rebecca Sun wrote.

Many Twitter users called out the awkward and possibly demeaning wording by the Hollywood Reporter.

The Federalist contributor Helen Raleigh joked, "What does one have to do to ‘identify as Asian?’ Please share some tips. I want to make sure I’m doing it right."

However, many other users defended the tweet’s wording, arguing that it was the accurate description since there were past Academy Award nominees who were also Asian but hid their identity.

NPR media analyst Eric Deggans wrote, "Those criticizing The Hollywood Reporter for the phrase ‘identifies as Asian’ in reference to Michelle Yeoh's #Oscars2023 nomination fail to realize there may have been nominated actresses in the past who had to hide their non-white ethnicity to succeed. THR phrased it correctly."

"People are making jokes about ‘identifies as asian’ but it's because people used to hide that they were asian due to needing to survive amid extreme prejudice," journalist Kim Horcher tweeted.

"There have been Oscar nominees in the past who have hidden their Asian heritage (Merle Oberon comes to mind) and non-Asian actors playing Asians/Asian Americans. It’s actually a smartly worded tweet," New York Times senior editor Dan Saltzstein commented.

Freelance journalist Lindsey Wasson tweeted, "Saw ‘identifies as Asian’ trending and thought Gwen Stefani gave another interview or something. Anyway that awkward sounding tweet wording is due to situations like Merle Oberon, who hid her ancestry (presumably to, you know, get hired) and was nominated in 1936."

The Hollywood Reporter article noted that Merle Oberon, who received the Best Actress nomination for her role in 1936’s "The Dark Angel," is an example of a technicality. Sun wrote that while Oberon is the first Asian nominee for her category at the Academy Awards, she hid her ancestry and "passed for white."

Net Migration to Remain in Hundreds of Thousands Under Sunak's Open Bo...

AI Ethics And AI-Induced Psychological Inoculation To Help Humans With...