The Iraqi dinar has been losing value in comparison to the U.S. dollar. The devaluation of the currency has led to protests outside of the central bank in Iraq. 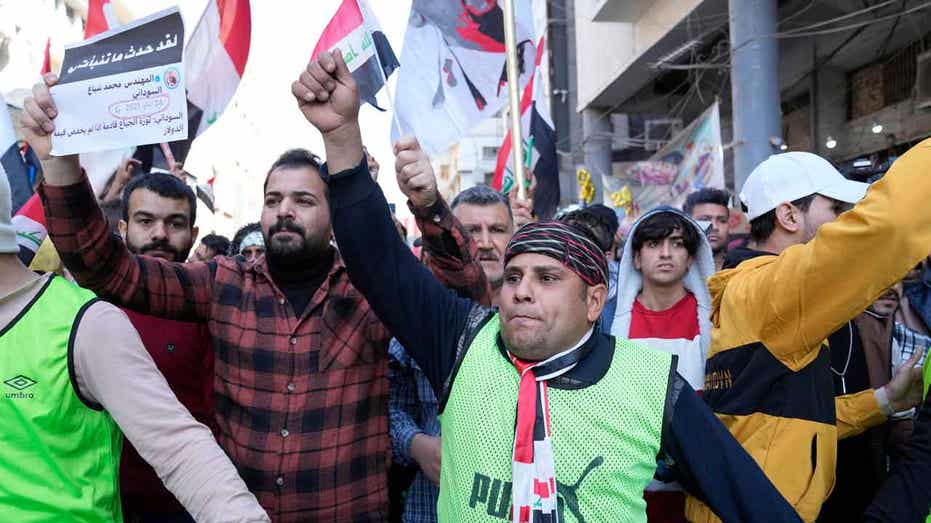 Hundreds of protesters rallied Wednesday near the Central Bank in the Iraqi capital, Baghdad, angered by the recent devaluation of the Iraqi dinar and demanding the government take action to stabilize the currency.

The protesters — mainly young people — rallied amid a heavy security presence, with many carrying the Iraqi flag and banners with slogans. One slogan read: "The politicians are the ones covering up the financial corruption for the banks."

Iraq’s Prime Minister Mohammed Shia al-Sudani on Monday accepted the resignation of the governor of the country’s Central Bank, Mustafa Ghaleb Mukheef, following a weekslong plunge of the Iraqi dinar. Mukheef, who had been in the post since 2020, was replaced by Muhsen al-Allaq as acting governor.

The dinar hit new lows last Friday, reaching about 1,670 to the dollar. The currency has lost nearly 7% of its value since mid-November. The official rate stands at 1,470 dinars for $1.

On Wednesday, the street exchange rate was about 1,610 to the dollar.

Some politicians in Iraq have blamed the drop on recent measures by the U.S. Treasury.

The U.S. has significant control over Iraq’s supply of dollars as Iraq’s foreign reserves are held at the U.S. Federal Reserve. Late last year, the Federal Reserve began imposing stricter measures on transactions, which have slowed the flow of dollars into Iraq, including blacklisting a number of banks from the dollar market over suspected money laundering.

In Lebanon's capital, Beirut, dozens protested in front of the Central Bank, denouncing the slide of the Lebanese pound, which began in 2019. The value of the pound hit a new low last Thursday, trading at 50,000 to the dollar, as the country’s deeply divided Parliament failed to elect a president for the eleventh time.

Until 2019, the Lebanese currency was fixed to the dollar at a rate of 1,500 pounds to the dollar. This remains the official rate, but in practice, nearly all transactions are conducted at the black market rate.

Brazil: Less than 5% Distance Between Bolsonaro and Lula After Satanis...

67-Year-Old Zhao Chunli in Custody After 7 Shot Dead in Gun-Controlled...

Workers fired on Zoom: Here's how to navigate a 'devastating' experien...

Why Gautam Adani Lost More Than $60 Billion This Year