President Biden accepted an invitation to attend Queen Elizabeth II's funeral which is set to take place on Sept. 19 at Westminster Abbey. 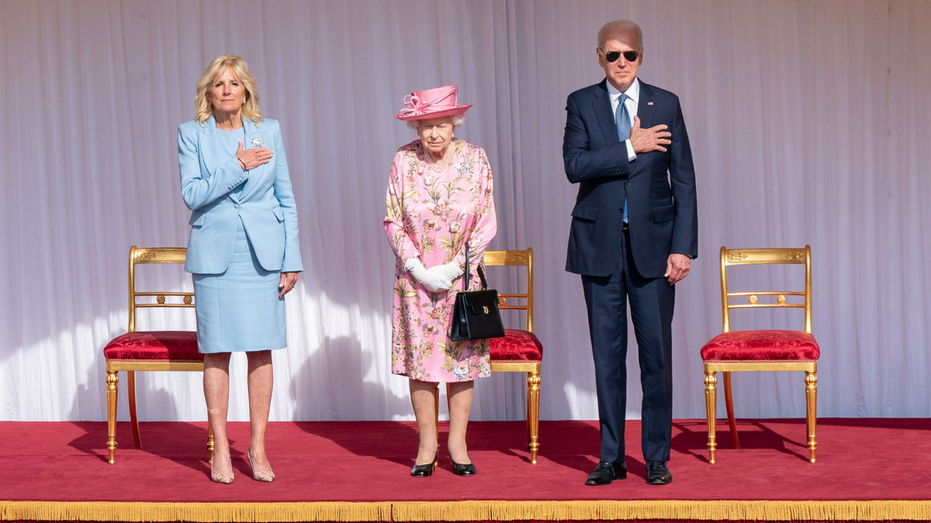 He will be accompanied by the First Lady, Jill Biden, the White House also announced.

Queen Elizabeth II passed away on Sept. 8 at Balmoral Castle in Scotland at the age of 96.

In a statement following Queen Elizabeth II's passing, President Biden and First Lady Jill Biden said that she was "more than a monarch" and was someone who "defined an era."

"In a world of constant change, she was a steadying presence and a source of comfort and pride for generations of Britons, including many who have never known their country without her," they said. "An enduring admiration for Queen Elizabeth II united people across the Commonwealth. The seven decades of her history-making reign bore witness to an age of unprecedented human advancement and the forward march of human dignity."

Biden first met Queen Elizabeth II when he traveled to the United Kingdom with a Senate delegation, according to the statement, and recently saw her again in June 2021.

"She charmed us with her wit, moved us with her kindness, and generously shared with us her wisdom," they said of the June 2021 trip.

The funeral of Queen Elizabeth II will take place on Sept. 19 at Westminster Abbey.

Fox News' Tara Prindiville and the Associated Press contributed to this report.

Mutual of Omaha's new building will be the tallest building in the cit...

Veterans are on the front lines of a US opioid crisis that continues t...