Rep. Byron Donalds, R-Fla., called The New York Times a "political arm of the Democrat Party" after an op-ed claimed Republicans of color are distorting the American dream. 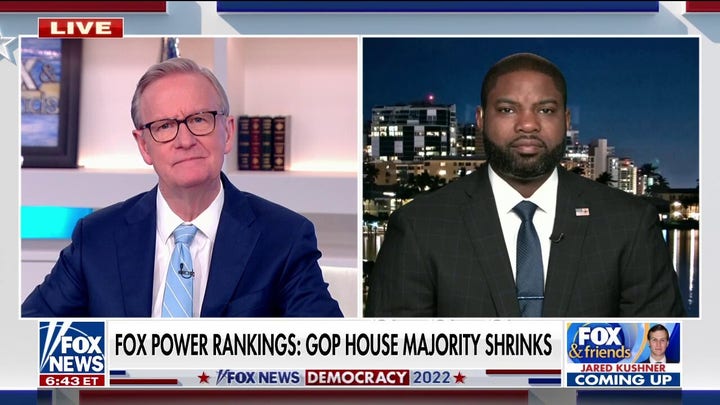 Florida Rep. Byron Donalds criticized The New York Times as a "political arm of the Democrat Party" after an op-ed claimed the "American Dream" is being distorted by Republicans of color. On "Fox & Friends" Tuesday, Donalds said the publication is using dog whistle phrases without considering that its own agenda is failing Americans.

REP. BYRON DONALDS: This is so typical of The New York Times. They don't take a chance to look at their own agenda, something that they have supported for years, and realize that it is failing the American people, let alone people who are black or Latino in the United States. … They want to do what the New York Times always does and what Democrats always do, which is dog whistle. They throw these dog whistle phrases, trying to scare voters into thinking that Republicans are part of some nefarious plot. But the truth is, The New York Times is nothing more than the political arm of the Democrat Party. And I'm sick of it. Voters are sick of it. We're going to see right through this. That is foolishness. The American dream is alive and well if you have the right public policies to support it. This is where low taxes, a low regulatory environment, actually securing the border and having sound money matter. That is what Republicans stand for. The New York Times doesn't care about that. So they come out with foolish articles like this, which everybody sees as nothing more than pure Democratic dog whistle politics.

WATCH THE FULL INTERVIEW BELOW:

Biden mistakenly thanks Colombia for hosting ASEAN summit in Cambodia

JESSE WATTERS: You can sleep on San Francisco streets, but you can't s...